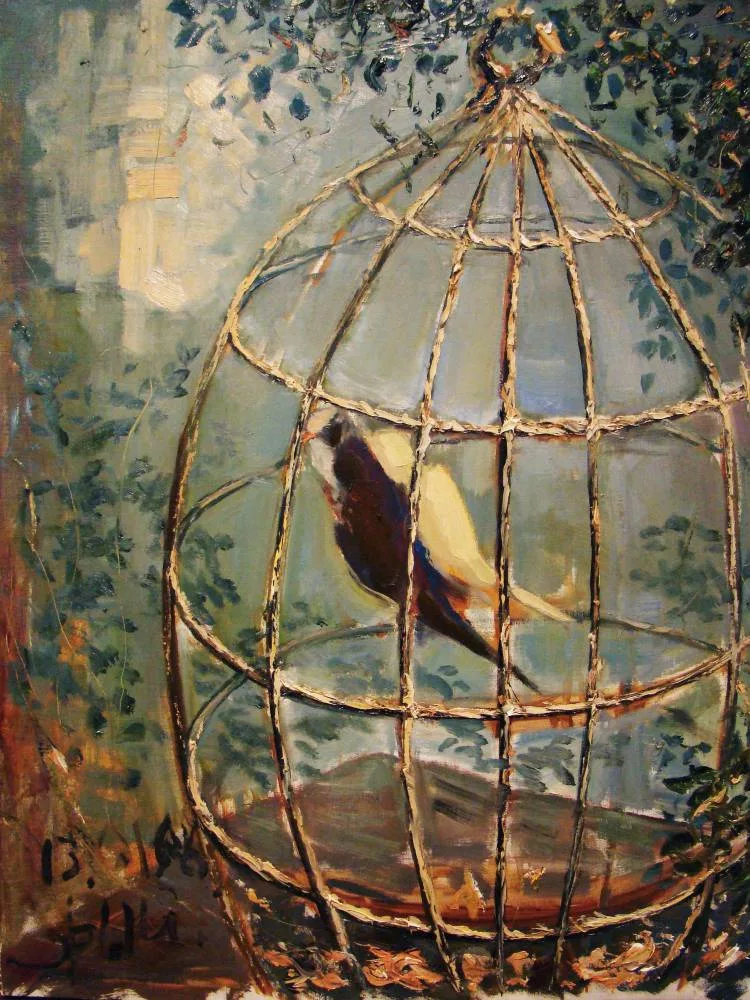 Once upon a time lived a widow who had only one son. When he grew up, she told him:

- My son, if you decide to get married, first listen to an instructive story about how some wives are.

A little later, the son came to his mother.

- Eneke* - he said - I decided to get married and would like to listen to your tale about wives now.

- Alright - his mother replied - Go visit the neighbouring khan in his city and ask him to tell you about Gulbara. It will teach you a lot about how wives can be.


The young man set off on his journey and soon ended up in a big city. Having found the khan's palace, he made his way to him and declared:

- My khan, I've come to you to hear about the story of Gulbara.

The khan, on these words, went pale and with a gesture ordered his servants to leave him alone with the young man.


- I will do as you wish - the khan said - listen and remember. It was many years ago, when I still had the precious gift of youth. At the time, there was no one as carefree as me. One day, I met a fabulously beautiful girl. Her name was Gulbara and I married her without thinking twice. The first days of our life together were a wonderful dream. Gulbara was cheerful and affectionate towards me. But one day, when she was sleeping soundly, I got up very early, at dawn, which wasn't usual for me. My favourite mare was standing by the stable. I couldn't believe my eyes when I noticed she was covered in a thick foam, as if she had just rushed in after a long race. "Who dared to ride my horse without asking me first?" I enragedly asked the groom. But he was silent, as if his tongue had been torn out. I was seething with rage and ready to kill him. And he got so frightened that at last, he confessed to everything:

"My Lord, under thread of death, I was forbidden to tell you. I am guilty of having kept silent. But have mercy on me and don't execute me. Your wife, my khan, comes here every night when you are soundly dreaming. She mounts your favourite horse and disappears until the morning."

I didn't believe his words, but on the next night, I tried not to fall asleep. It turned out to be much harder than I thought. It was as if something unseen closed my eyes and I still would slip into a dream, even if I fought it. For several nights in a row this went on. And yet one day I managed not to fall asleep. As soon as it was midnight, my wife got up and snuck out of the room. I followed her discreetly and saw her entering the stable, saddling her horse, and galloping away. I jumped on another horse and rushed after her, but she was too quick: I fell far behind and lost sight of her. But soon, I found familiar footprints. They led to a lonely house in a dense forest, the home of an ugly wizard. Near the house stood a horse covered in foam on a leash: it meant my wife was in there!

I took a quick look through the window and saw with horror that this ugly freak was beating my wife. Out of my mind with rage, I bursted in from the back, rushed at this monster and killed him. But Gulbara didn't thank me. She angrily flashed her eyes at me, spat out some obscene abuse, ran out of the house and sped off before I could make sense of what just happened to me. Utterly puzzled, I returned home. What happened was horrible. When I appeared, my wife looked at me intently in the eyes and I instantly turned into a dog. At the end of the day, Gulbara ordered to exterminate all the dogs in the city. Hearing this, I ran for my life without looking back. After a long time wandering, exhausted and hungry, I found myself in the forest near a hunter's house. The hunder and his wife were having lunch. They generously threw me a pile of bones. But I didn't eat them, and then the hunter's wife, looking closely at me, told her husband:

- This isn't a dog. It's probably the khan who was bewitched by my sister, Gulbara. I'll turn him back into a human.

She cast a spell and I was human again. Her name was Sabira, and just like her sister Gulbara, she knew how to cast spells, thanks to which she could perform miracles. She taught me one of them. I warmly thanked the good-hearted Sabira and we parted ways. When I came back home, Gulbara couldn't believe her eyes. To prevent her from dealing with me again, I cast a spell, myself, and the beautiful Gulbara turned into a bird. Don't believe me? There it is!


And the khan pointed to a golden cage in which sat a bird with colourful plumage. She pecked at the golden bars, hoping to snap them and break free. The young man listened to the story, silently bowed to the khan, and then went away. After some time, he came to his mother and told her that he had got married. Instead of congratulating him, his mother asked in amazement:

- Didn't you learn anything from the story of Gulbara? That's how women are.

In response, the son gently objected:

- Eneke, you're right. Gulbara is a cruel and treacherous woman, but not all are like this. Her own sister, Sabira, for example. I married Sabira's daughter. In her beauty and justness, my young wife is just like her kind mother.