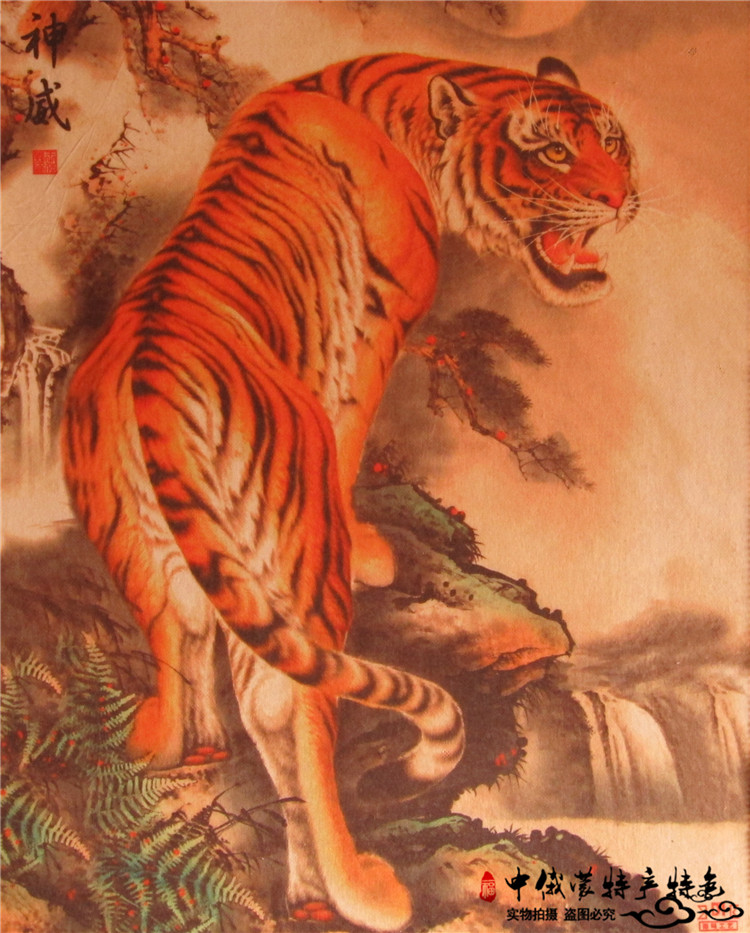 The Man and the Tiger

A tiger, one day, called his son and told him:

- My son, when you grow up, be careful about not getting close to this creature called man.

The old tiger, with these words, died. The young tiger, not listening to his father's advice, only thought about how to find out what was this "man", and compare his strength to it.

- How wouldn't I! I serve him. You see this ring in my nose? That's his work. Man rides my back and harnesses me to the cart.

- Does that mean that the man is such a big creature?

- What are you about? He fits in between my horns!

"How weird", the tiger thought in surprise, "so a man is a small creature, yet the bull serves him".


He ran further and a camel bumped into him.

- I want to compare my strength with his - the tiger replied.

- Oh, dear, you have no idea about what you're getting into. There's nothing stronger than a man in this world!

- What? Is he very big and strong?

- No, he's really small. I have to get down to my knees to be able to take him on my back.

- Do you serve him as well?

- Look at the ring in my nostrils. It's his handiwork. He holds onto it so I obey him.

- How strange! - the tiger exclaimed.

- What's so strange about that? Man's strength is in his mind. It gives him authority and strength.


The tiger ran further. "If a man is so small and weak, why would I even compare myself to him?" he thought. "I've got to take his mind away from him!"

He ran into the forest and came face to face with a woodcutter.

- I'm right in front of you - the woodcutter said.

The man was quite scared, but didn't show it. The tiger observed him: he sure was small, and only one blow would knock the spirit out of him.

- Do you even have the strength to fight me? - the tiger hesitated for a bit.

- Of course, my dear, because my strength is in the mind!

- Show me your mind then! - the tiger demanded.

- Excuse me. I left it at home today. Come to my place, I'll show you.


The tiger and man ran side by side. Not far from his own home, the woodcutter stopped and said:

- Don't go any further with me, my dear, because the yard dogs will rush at you. I'll be back in a minute!

The man stepped towards the house, but suddenly stopped himself.

- What are you scared of? - the tiger was surprised.

- I'm afraid that you'll seize me by the back.

"What a coward!" the tiger thought, then suggested:

- Alright, tie me to a tree and quickly go home. Carry your mind with you!


The woodcutter tightly tied the tiger and left. He returned with a large armful of brushwood, piled it near the tree where the tiger was tied, and said:

- See, I kept my promise. Now you know what a man's mind is like!

And he began to make a fire, kindled it, and ran away. It started baking the tiger, but fortunately, the rope was burned and he could jump out of the fire and run for his life.

Since then the tiger's skin is striped: it's simply the reminder of the fire and of when that tiger realized that it wasn't worth it to compete with a man's mind.