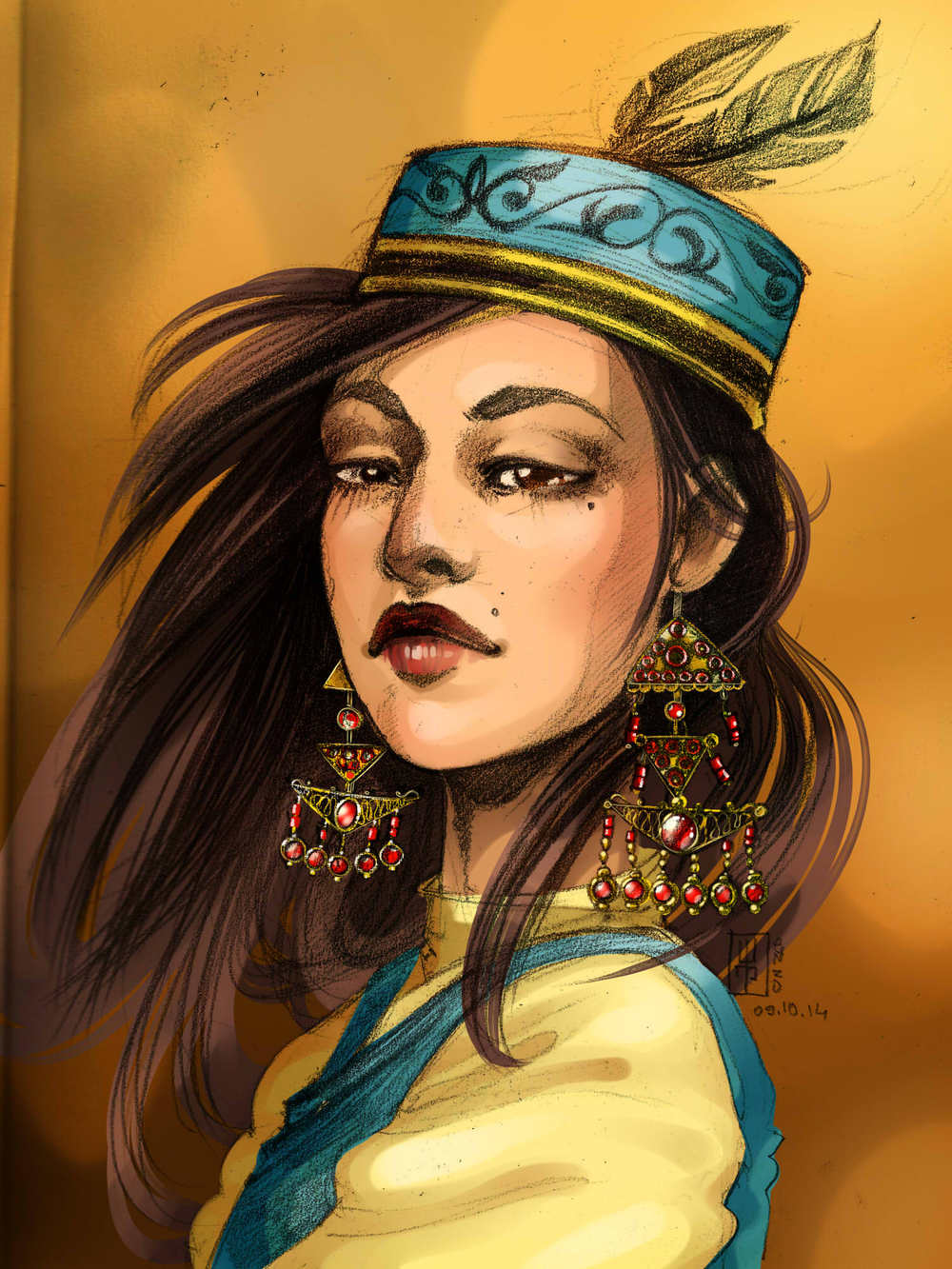 Once upon a time in the steppe lived a rich Kazakh man, Edelbay. He had three sons and married the oldest two. Then it was time for the youngest, Zhandaulet, to get married. Living independently requires ingenuity and resourcefulness. To test his son, Edelbay ordered him to drive forty goats to the bazaar and, without selling them, buy forty arshins* of calico. Zhandaulet thought about it for a long time, but couldn't solve his father's riddle.

When he reached the city, he asked a poor Kazakh to let him stay for the night. At dinner, he anxiously talked about his father's problem. The host's very beautiful daughter, having heard him, said:

- It's quite easy. You just need to remove the goats' horns, sell them and then buy the fabric.


Zhandaulet did exactly that, but his father didn't quite believe that his son had solved this riddle himself and asked what the matter was. The dowry was no object to Edelbay: he married his son to the wise girl, believing that a stupid husband needs a wise wife.


After some time, Edelbay went to the city. Before the trip, he asked his daughters-in-law about what they wanted him to buy for them.

The eldest asked him to buy a chest with mirrored walls inside, the middle girl asked for a carpet with a beautiful pattern, and the youngest said:

- I don't need any gifts. I'll only ask for one thing: take this bag, don't peek inside, and bring it back.


Edelbay was surprised, but still took his daughter-in-law's bag. On the way back he couldn't resist his curiosity and peered inside the bag, but when he saw the gnawed cubit bones of sheep that were in it, he got very angry at his young daughter-in-law and scattered the bones across the steppe.

Immediately after, Edelbay was attacked by robbers: he proposed a ransom of sixty old camels and seventy young ones. The robbers agreed to free Edelbay and return him the caravan.


When the thieves went to the village to take the camels, their leader then asked Edelbay:

- We have been following you for a long time, but there was forty-one of you and it wasn't possible to make a deal. Tell me, where did the other forty ones go?

That's when Edelbay realized that the bones inside the bag had a spell cast on them. When the thieves came to the village for the ransom, the youngest daughter-in-law figured out Edelbay's hint at the old and young camels. She called to her sixty aksakals* and they decided not to give the ransom to the thieves, and send seventy young dzhigits to Edelbay's rescue.

Thanks to the girl's wisdom, Edelbay was rescued and the thieves took a massive beating.


*arshin: old Russian unity of length. One arshin was approximately 71cm, so forty arshins of calico means about 28.4 meters of calico.
*aksakals: the male elders, who frequently act as advisors. There are even councils of them in some areas of Central Asia. Think, the wise patriarchs.
*dzhigit: historically a brave and skilled rider. In our days, fun fact, it's also the Kazakh word for boyfriend (жігіт), but the word itself means "rider" or "young man".